You are at: Planned Giving > Gift Options > Donor Stories

Meet your personal financial goals while making a difference for our future.
more

You are at: Planned Giving > Gift Options > Donor Stories

Couple Finds Creative Way to Give Generously to Unity 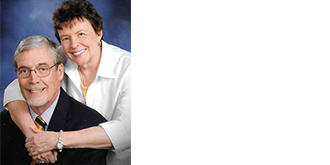 "I remember hearing James Dillet Freeman [former Silent Unity® director] once say that the only reason for Unity's existence is that people need it," Michael Sheets remarks. "And that's the bottom line—people need Unity. It was there for us when we needed it, and we want Unity to grow and prosper and be available for anyone who needs it."

Although they've given to Unity for more than 32 years through their time and talent, as well as financially, Michael and his wife Susan wanted to do more.

They learned from talking to their insurance provider that they could convert a $1 million term-life insurance policy into a whole-life policy payable to Unity.

"We pay the premiums every year, but Unity owns the policy," Michael explains. "We claim a charitable tax deduction in the amount of the premium each year. Then, when Susan and I die, Unity will get a million dollars."

Michael and Susan are thrilled to be able to leave such a large bequest to Unity. The couple turned to Unity when they were facing challenges in 1989. They found peace and comfort in reading Daily Word® magazine, and eventually started attending Unity of Wichita, Kansas.

Since then, they've contributed to the movement in many ways. Michael served on the Unity Board of Directors for six years. Both Susan and Michael participate in Nehemiah Retreats, spending time volunteering to help restore the campus at Unity Village.

As for their giving to Unity, Michael and Susan see it as one way to return the favor. "We really receive so much more than we give," Michael said.

Let Us Help You
with Your Gift Plans